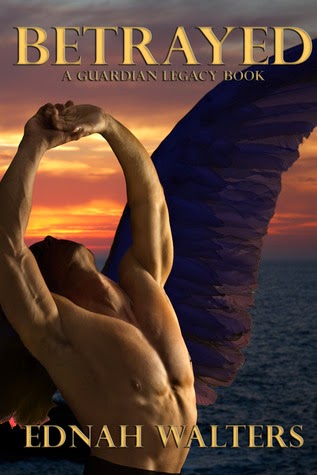 “You are late,” Master Haziel barked when I entered the room.

Since I didn’t have an excuse for my tardiness, I kept my mouth shut. Instead, I squinted against the blazing light from the crystals in the ceiling and searched for him. He wasn’t alone in the middle of the room. Daisensei Kenta was with him. The two appeared to be arguing.

I closed the door behind me and entered the pit, a dome-shaped indoor arena with a high ceiling and a circular floor, dominated by a painting of the six-sided Cardinal Guardian star. The tiered seating was steeper than in most human stadiums, and was grouped into private boxes. The glass panels had made no sense the first time I’d seen them, but I later learned they shielded spectators from stray energy balls or weapons during a tournament. We were yet to have intramural games since the Academy had opened, but I couldn’t wait to watch students test their fighting techniques and powers.

“I do not wish to discuss this, Kenta,” Master Haziel snapped, drawing my attention. “The decision has been made. Live with it.”

“But I should be next in line,” Kenta insisted.

“Then you should have talked to me first, instead of complaining to the Council. Leave my training room.”

Daisensei Kenta looked ready to argue, then appeared to change his mind. He whipped around and hurried toward the door. I stepped out of his way and heard him snarl something that ended with, “…senile fool.”