I have picked the winners, ladies.
As usual, I used random.org .
Congrats to the following ladies:

I'll need your addresses to pre-order the copies, so e-mail me 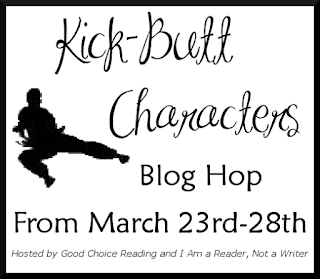 First I want to thank I am A Reader Not A Writer and Good Choice Reading for hosting this blog hop.

About two and a half months to the release of Betrayed, woohoo. We'll have a huge release part at my proboard page and will give away a kindle fire, so don't miss it.

This time again, two winners will each get:

1. A pre-ordered copy of Betrayed. It is at 25% at Book Depository
2. A Guardian Legacy T-shirt 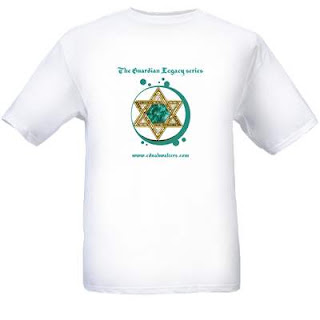 Guardian Legacy series has some amazing Kick-butt teen characters who fight demons
whenever and wherever.


To enter (US Only):
1. Follow my blog and leave a comment (mandatory)
2. Follow me on twitter (optional)
Kick-butt teaser from BETRAYED:
A heavy-set man in dark clothes stood in the doorway. Dark wraparound sunglasses protected his eyes, but I still knew he was possessed. My amulet and dagger reacted to the demon inside him and glowed bright.
“The dagger. You have the dagger,” he growled in a distorted voice, like two people talking at once, his pudgy fingers extended toward me. “It’s mine. Give it to me, dearest child.”
In his dreams. I tightened my grip on the hilt of the dagger, heart hammering inside my chest. I had no idea what the demon’s powers were or whether it was hindered by the body it possessed, but I wasn’t handing him my dagger. I had to find a way to kill him without harming the host, which meant no weapons.
“Give it to me and I’ll protect you, little princess.”
“Protect me from what?” I squeaked, trying to buy time.
“The others—my brothers and sisters who’d use you. The traitorous Guardians.” He took a step toward me then another, his stomach shaking with each step.
I stepped away from him until my back hit the wall. Dang, there was nowhere to go but forward, which meant taking him down. Fat chance of that happening. Although he looked like he hadn’t seen the inside of a gym in decades, he was built like a Sumo warrior. Maybe mentioning Valafar might scare him off.
“Do you know who I am? My father will hunt you down if you touch me.”
“No, Lord Valafar will thank me if I take you and the dagger to him. You belong with us, Lilith.”
He lunged at me, and I leapt out of the way. He missed grabbing my arm by inches and lost his balance. Instead of going down, he bounced against the wall as though it was made of rubber, grabbed the tail of my hunting coat and yanked. I lost my footing and fell backward.
Arms flailing, heart pounding, I teleported to the other side of the room and slammed my back against the doorframe. Pain shot up my spine. An attempt to break my fall failed because I still held the dagger. I slipped and landed on my butt. Tears stung my eyes as broken glass dug into the palm of my hand.
Heavy breathing alerted me that he was closing in on me. I scooted backward into the hallway, thrust a hand at his face, and ripped off the wraparound glasses covering his eyes. Bottomless black eyes caught the light and glistened at me, sending revulsion and fear through me. It was now or never…now or never….
I aimed the Kris Dagger at him and blasted him with light. He screamed and covered his eyes, but it was too late. Eyes were the windows to the soul, and the best route to force a demon from a human host. Light filled his body, making his skin glow. I scrambled to my feet, fingers digging into the textured wall for support.

As usual, I used the rafflecopter to choose the winners (see below)
Congrats to the following ladies:


I'll need your addresses to pre-order the copies, so e-mail me 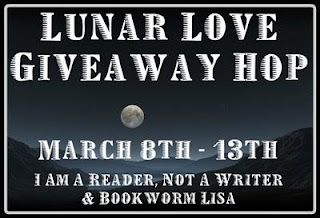 I am excited to participate in another blog hop hosted by Kathy of I am a Reader not a Writer and Bookworm Lisa .

Two winners will get a pre-ordered copy of Betrayed (the Guardian Legacy series), a book with supernatural elements. Release date is June 5th.
If you haven't read the reviews of Awakened, the first book in the series, stop by Amazon or Goodreads. Happy you enjoyed it, Kathy.

The contest is US ONLY.
To Enter, Fill out the rafflecopter below.