FYI: Winners of Splash Into Summer Giveaway Hop are: Jessy and Azrael Robertson (e-mail me) 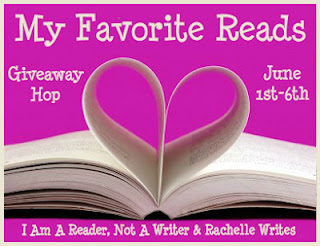 1. an ARC to one lucky winner.
2. signed bookmarks
3. signed magnets

Am I biased? Of course I am and that is why my favorite read happens to be my new release, hehehehehe.
Thanks to Kathy of I Am A Reader, Not A Writer & Rachelle's Writing Spot for hosting this hop.


3. RELEASE PARTY on GUARDIAN LEGACY BOOKS page on FB, hosted by the lovely KATRINA WHITTAKER is coming on the June 5th

look at some of the goodies:
Stop by the fan page to see more and give Kittee some love 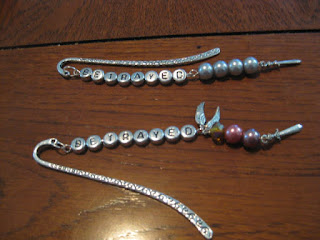 For this giveaway, all you have to do is:

1. cut and past any of the 4 tweets below on your twitter

2. leave your e-mail in the comment with the link for picking a winner.

Thank you for your support.
XOXO

I feel terribly guilty for not keeping my promise to write scenes in Bran’s POV.  I will...promise. What's my excuse?
I had to finish HUNTED pronto That's the next book in the GL series. It is DONE! Woohoo. Bloggers interested in joining my street teams, shoot me an e-mail and I'll direct you to team leaders. Some already have blogs
dedicated to the Fire/Energy Guardians, Water Guardians and Air Guardians, but some of them need more members, so come on, ladies. The Guardians need you.
Anyhew, here's a scene (unedited) from BETRAYED.

From the jeep, I could see students pouring into the entrance hall of Cache High School. Some sauntered out through double doors and headed toward the parking lot. Two girls walked past me, turned and flashed smiles.
Before Lil, I would have welcomed their interest. Now? I didn't care. I was a one woman man. Never knew I'd ever say that. Nothing made my heart beat faster than a pair of soft green eyes that twinkled with merriment one second and flashed with heat the next, and gorgeous, curly red hair that defied description.
Where was she? Usually she’d out by now, especially when we had a lunch date.
I pocketed my keys and started for the school entrance. I couldn’t explain the feeling of impending doom. The closer I got to the building, the stronger it grew. Something was wrong.


My heart started to race and it hurt to breathe. I pressed a hand against my chest even though I knew the pain wasn’t mine.  Lil was hurting and scared.


The bastard responsible had better run or he'd wish he'd never been born by the time I was through with him. Student or teacher, Cardinal Guardian or Civilian, it didn't matter. They caused her any pain, they answered to me.


I tried to ping her, but she either had her shield up or something was blocking my signal. She had no reason to have her shield up when among humans, which left the latter, a bad sign in my book. .


Valafar. She’s talking to him now.


The bastard. Why couldn’t he leave her alone?


I took off at a run. Students saw me coming and jumped out of the way. Maybe they weren’t used to men dressed in all black, leather duster flying behind them, racing through their doors or maybe my expression said it all--move or get mowed down .


The school’s police officer spotted me right away when I entered the hall. How many times had I compelled him? Every time I came to pick up Lil, he always zeroed in on me like a heat-seeking missile.


I’m a new student, ignore me, I projected into his head and walked right past him without being stopped. Lil and I shared a special bond, which directed me to her now. Down a hallway then another.
“Watch it, dude,” a jock snapped when I brushed past him. He turned, took one look at me and raised his hands. "My bad."


Another corner and I spotted Sykes, Remy, Izzy and Kim. Lil wasn’t with them. Panic slammed into me. “Where's she?”


“In here,” Izzy said pointing at a closed door.


I started forward, but Remy grabbed my arm. “She’ll be fine.”


Sykes moved and stood beside Remy, neatly boxing me in. “If she needed you, she would have pinged you.”


My gaze swung between the two Cardinals. I could easily take them down, but Lil wouldn’t approve. I exhaled. “She would have if he wasn’t busy threatening her.”


“You don't know that," Izzy said. "He sounded desperate."
"He played you," I retorted.
"Lil insisted on talking to him and slammed the door on our faces,,” Kim snapped, "so let her deal with him, Bran. She can, you know. Lil might look delicate and helpless, but she is really strong.”


“Then stop babying her,” Izzy added.


“I’m not babying her. I'm trying to protect her. You don’t know how manipulative Valafar is. He’s going mess with her head and—”


The door open and she stood there, looking so beautiful and vulnerable. The pain in her eyes made me want to punch something. Before I could move, she shook her head, stepped back and closed the door.


I ran toward the door, but her energy disappeared as she teleported. “Great! She’s gone.”


“It's not our fault,” Izzy protested.


“She probably heard us discuss her.” The last thing I saw was the faces of the four Guardians staring at me as though I’d gone crazy. I’d completed forgotten about the humans . They were not supposed to see us use our powers or teleport.


Lil was curled up on the bed in a fetal position when I appeared in her bedroom, a pillow covering her head. I lay down behind her, wrapped an arm around her and covered her hand with mine. She stiffened, but she didn't push me away. No matter how angry she was, she'd never push me away. Wishing I could take away her pain, I just held her until she relaxed against me, opened her hand and interlockedour fingers.


“I’m never going back.” She burrowed deep under the pillow.


“Will understand,” she finished.


I didn’t know what to say or do to make her feel better. “Talk to me, Sunshine.”


“There’s nothing to talk about,” I mumbled.


Beautiful and stubborn, and I couldn't have her any other way. I slipped my head under the pillow and whispered, “You know you’ll tell me eventually. We don’t keep secrets from each other.”
Posted by Unknown at 6:04 PM 1 comment:

SPLASH INTO SUMMER with Books Galore 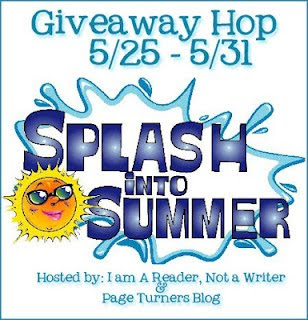 10 more days to the release of Betrayed...woohoo, excited.
Keep visiting because we are going to have an amazing giveaway in the coming weeks to celebrate the release. There will be swags and even a Kindle Fire up for grabs,
so come back in a few days for details.
In the meantime here's a chance for two lucky readers to get
their hands on signed ARCs of Betrayed.
Splash into summer with books and more books.
Thanks to Kathy and Page Turners Blog for hosting this giveaway hop. 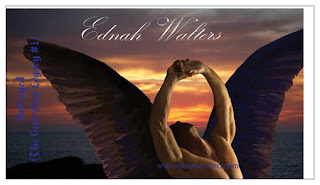 Fill out the rafflecopter below


a Rafflecopter giveaway
Posted by Unknown at 9:21 PM 156 comments:

Thank you for stopping by and following me. Welcome to new followers.

The winner of the Spring Fling is:

A teaser from Betrayed in Bran's POV

From now until Betrayed is released on June 5th, I'll post teasers from Betrayed written in Bran's POV, deleted scenes.  Let me know what you think.

“Your ex-girlfriend has a group?” Lil asked.
She somehow managed to convey annoyance and hurt in the question, her expressive eyes showing just how much the knowledge bothered her. I wanted to take her in my arms and tell there was no one comparable to her. Not now. Not ever.
“She wasn’t my girlfriend. Just someone I hooked up with for a short period. Most demons tend to separate into groups based on loyalty to a Lord or a cause. Coronis had a way of dealing with that.”
“Hooked up with?”
I cupped her cheeks, pressed my forehead against hers and exhaled. “Lil, Coronis made us do all sorts of crazy things as part of our initiation I had no choice in what happened between Solange and me on that island.”
“I’m happy we vanquished Coronis,” she said. “And promise not to stop me from taking out Solange next time we meet.”
I laughed. Vulnerable one minute, a warrior the next, she fascinated me like no woman ever did. Then she smiled, the corners of her lips tilting upwards ever so slightly, her smoky-green eyes sparkling. If I had my sketch pad and pen, I would have captured her breathtaking smile on paper. Instead, I tucked it away for later, leaned in and stole a kiss. Just a brush, but the effect on me was instantaneous. The need for more slammed into me. Her grandfather’s warning flashed through my head, but some things were worth all the trouble in the world. I moved closer for a deeper contact.
She evaded my lips, her eyes no longer teasing. Promise me.
I’d promise her the moon if it meant having her back in my arms. “I promise.”
Now, you can kiss me, she telepathed.
I chuckled, cupped her head, and brushed my thumbs back and forth on her smooth, soft cheeks. Her breath hitched as I leaned in and claim her lips. She was mine, no matter how many little games she played, Lil Falcon was mine.
Posted by Unknown at 9:55 PM 5 comments: