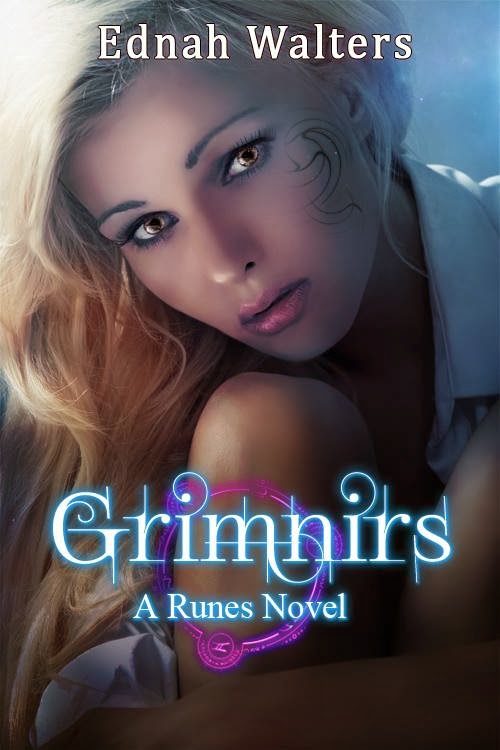 Before I could turn, a hand pushed my hair away from my shoulder and warm lips kissed my neck. Sensation slammed through me, and my breath caught. I froze, even as my body reacted and trembled. Hands slid down my chest and cupped my breasts with such ease, as though he’d done it before.

I gripped his hands and yanked them away from my chest. “Get your filthy hands off—”

He moved fast and covered my mouth, swallowing the rest of my words, his tongue sliding between my lips in a kiss that drove all thoughts from my head.

My world exploded, blinding sensations surging, swelling, and crashing through me. I mumbled a protest. At least, I think I did, but he angled his head and deepened the kiss, his tongue boldly caressing mine.

Holy crap! Was this the kiss of death? Was this how he yanked people’s souls from their bodies? I tried to resist, but I was no longer in control. He’d taken over every one of my senses and had me completely under his power. Dizziness washed over me as I floated away to a place where nothing mattered but his mouth and the way he made me feel.

There were worse ways to die, I decided. At least this way, I’d go happy. As though he’d heard me, he lifted his head. I pried my eyelids open and stared at him.

His face slowly came into focus. His hood was down, baring his face and hair. His skin was tanned and smooth, the shadow on his chin making him look even sexier. His golden-green eyes flashed with a naughty gleam as though he was thoroughly enjoying himself. His shaggy dark brown hair was cut in an asymmetrical style, low on the sides and longer on top. The style looked too tame for a leather-wearing reaper, even though he’d changed his leather shirt for a black T-shirt. I’d expected him to have longer, unkempt locks. Up close, his face was even more beautiful, and he smelled so good.

Posted by Ednah's Assistant at 4:00 PM