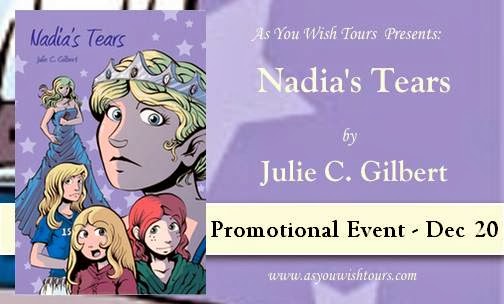 BLURB
Jillian must enter Nadia's dreams to wake her from a mysterious coma. In Nadia's dreams, Jillian meets several versions of her sister, including the elegant Queen Elena, fierce Naidine, and heartbroken Nadie. Meanwhile, Danielle must save her friend Christy from making choices that could get them both killed. 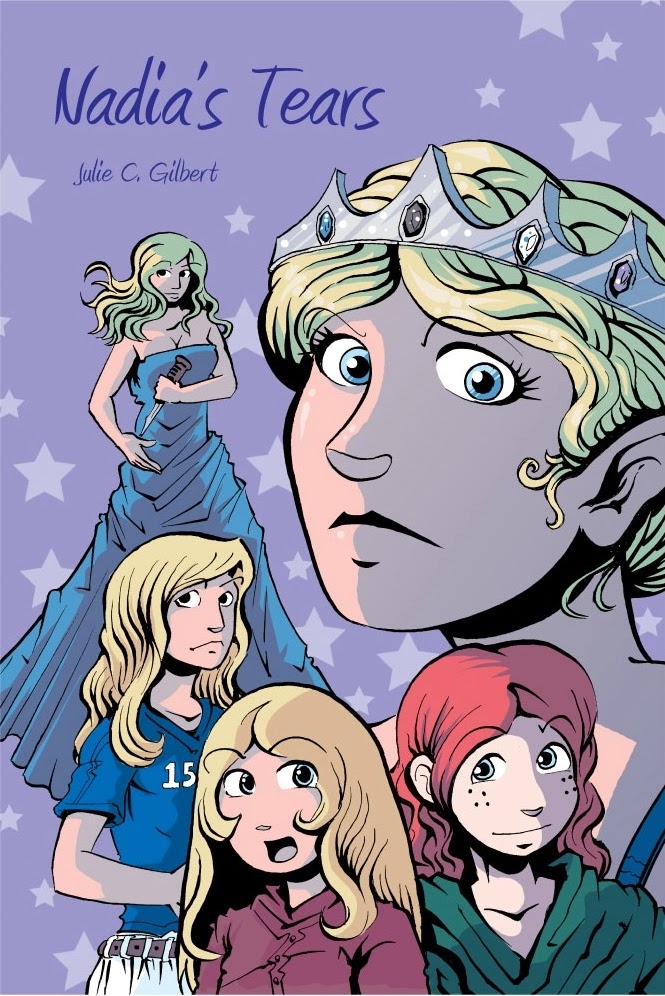 Up close, the chandelier looked like a bank of mini television screens, the sort you see when you walk into an electronics store. Only instead of playing one movie, each crystal flashed with a different set of scenes. I reached for the nearest crystal.

Naidine intercepted my hand just before it would touch. “Your energy is not at a peak right now. Are you certain you wish to face this truth now?”

I stared back at her as steadily as I could, though my hand now

Naidine blinked and withdrew her hand.

The crystal felt cool and smooth in my hand, but as soon as I held it firmly, I found myself in a dark, damp, smelly room listening to a child’s weak, heartbreaking sobs. Startled, I dropped the crystal and appeared back in the throne room. The crystal hovered between Naidine and I, showing its grim scene over and over.

I watched in stunned silence as a child dug up a worm and ate it. I looked to Naidine, my expression simultaneously begging to know more and to completely drive the scene from my memory.

A gentle gesture from Naidine sent the crystal floating up to its place in the chandelier. “Almost eleven years ago, Dakarai was kidnapped from his home in Zimbabwe. Slavers smuggled him into Canada and then took him to a house in New York. You need know little more than that they locked him in a shed with a rotting floor. He supplemented his meager meals with earthworms, and he died almost alone but not afraid.”

Naidine struggled hard not to cry and partially succeeded. Two fat teardrops fell, hung in midair for a moment, then floated up and were absorbed into the crystal I’d so recently held.

I glanced around the throne room in awe and horror and fascination, seeing those chandeliers in a new light. I could only handle watching four more dark memories before I needed to wake up.

She likes teaching, writing, reading, sleeping, doing puzzles, and hanging out with friends. (Not necessarily in that order)

Writing has made her super picky about the things she reads but normally, her reading list includes something that fits under the thriller, mystery, science fiction, or fantasy.

Occasionally, she attempts short poetry. The poems turn into songs, which she sings with abandon when nobody's looking.

a Rafflecopter giveaway
Posted by CC at 8:00 AM

Email ThisBlogThis!Share to TwitterShare to FacebookShare to Pinterest
Labels: As You Wish Tours, Giveaway, Promotional Event