Seventeen year old figure skater Penny Trudeau is a liar. She knows it, hates it, and can’t help herself. The truth is too hard and ugly. Her mother is dying of cancer, her father treats her as if she’s invisible, and she is starving—for food, for love, for acceptance, and mostly for the perfection that is just beyond her reach. When she finds comfort in the arms of Carter McCray, a hockey hunk a few years too old for her, the lies begin a chain of events that have dire consequences, not the least of which are a rape she can’t remember and a pregnancy she can’t ignore. If she reveals her secrets, will the shock and disappointment mean the end for her mother? Or has her mother been keeping the biggest secret of all? 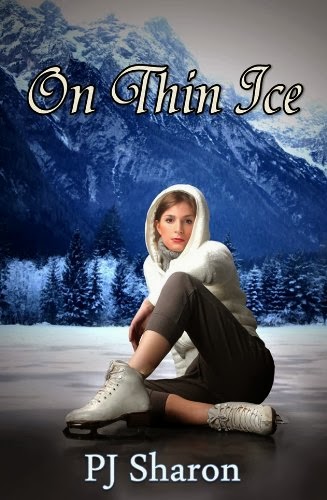 Miss Montgomery sat up and put her feet on the floor, rolling her chair in behind the desk as she leaned toward me. She folded her hands and rested them on her desk as if she were going to say a prayer or maybe send me to the principal’s office, that thing that adults do when they expect you to listen up and pay attention. Her gray eyes peered at me hard. “Anything you say to me is confidential, you know that, right?”

“Okay.” I folded my arms across my middle and leaned back further in my chair, studying the stacks of files on her desk.

“I want to help you, Penny, but I need you to be honest with me. Can you do that?” She had blue-gray eyes that seemed ancient and wise, the kind you wanted to trust.

“Good. Do you know why you’re suffering from bulimia?”

Her words hit me like a slap. My heart raced and my stomach flopped over like a landed fish. “What do you mean?”

Her sad smile returned and she sighed. “You know what I mean. You are rail thin and you have scars on the backs of your knuckles from forcing yourself to vomit.”

“I don’t…” My fists curled and I wanted to crawl under the desk.

“Do you want me to tell you what I think?”

Speechless and as scared as I’d ever been, I hesitated and then slowly nodded. The truth was I didn’t know why for sure. There were all the usual suspects. My skating coach telling me I was fat, my mother putting all the expectation of her unfulfilled dreams on my shoulders, my father not ever having told me he loved me, blah, blah, blah. But down deep, I didn’t know why I couldn’t be strong enough to fight against all those things and simply choose to be healthy and normal. It wasn’t like I didn’t know what I was doing, but stopping now seemed like a failure somehow. I thought I had it all under control…but…maybe…

“I think that you don’t believe you deserve to be alive, to be happy and healthy.”

My breath caught in my throat and I stayed very still, letting her words sink in, trying them on like a new skin. In that one sentence, I realized that she’d spoken the truth in a nutshell. No lie could cover it. I couldn’t argue or smile my way out of it. Whatever line of defense that remained in place crumbled.

“Maybe I don’t,” I whispered. I leaned forward and lowered my head into my hands. When I looked up, my eyes found hers, “My mother is dying. What am I supposed to do?”

“Do you want to die too?” Her face had lost any hint of amusement and I thought how she looked like an avenging angel at that moment, serious and on a mission. Her golden hair flowed in waves over her tanned shoulders, those ancient blue-gray eyes seeing past my flesh and into my soul.

“I…I don’t know. Maybe it would be easier.” My head dropped down again and my forehead rested on my palms. Tears dripped onto the carpet below me, as steady as a leaky faucet. The knot in my stomach loosened—such a small release. The truth shall set you free. The words rang clear and true in my head like a lighthouse bell clanging in the fog. I’d been a prisoner, living in a cell where the four walls were made up of darkness and lies. And she had opened a door. A tiny crack of light seeped through. I had the sense that I simply had to step through to the other side to find the light that would lead me to safety.

Fear reached up from deep inside me and gripped my heart, choking my words, and trying to keep me locked in that dark room. I knew then that if I stayed there, I would die. I lifted my head from my hands and said with as much conviction as I could, “No. I don’t want to die.”

About the Author
PJ Sharon is the award winning author of several independently published, contemporary young adult novels, including HEAVEN IS FOR HEROES, ON THIN ICE, and SAVAGE CINDERELLA, winner of the 2013 HOLT Medallion Award for outstanding literary talent and the 2013 National Excellence in Romance Fiction Award. She is excitedly working on The Chronicles of Lily Carmichael, a YA Dystopian trilogy. WANING MOON, Book One in the trilogy, was a finalist in the National Excellence in Romance Fiction Awards and the Colorado Romance Writers Award of Excellence. Book Two, Western Desert released in June of 2013.

Writing young adult fiction for the past eight years and following her destiny to write romantic and hopeful stories for teens, PJ is a member of Romance Writers of America, CTRWA, and YARWA. She is mother to two grown sons and lives with her husband in the Berkshire Hills of Western MA.