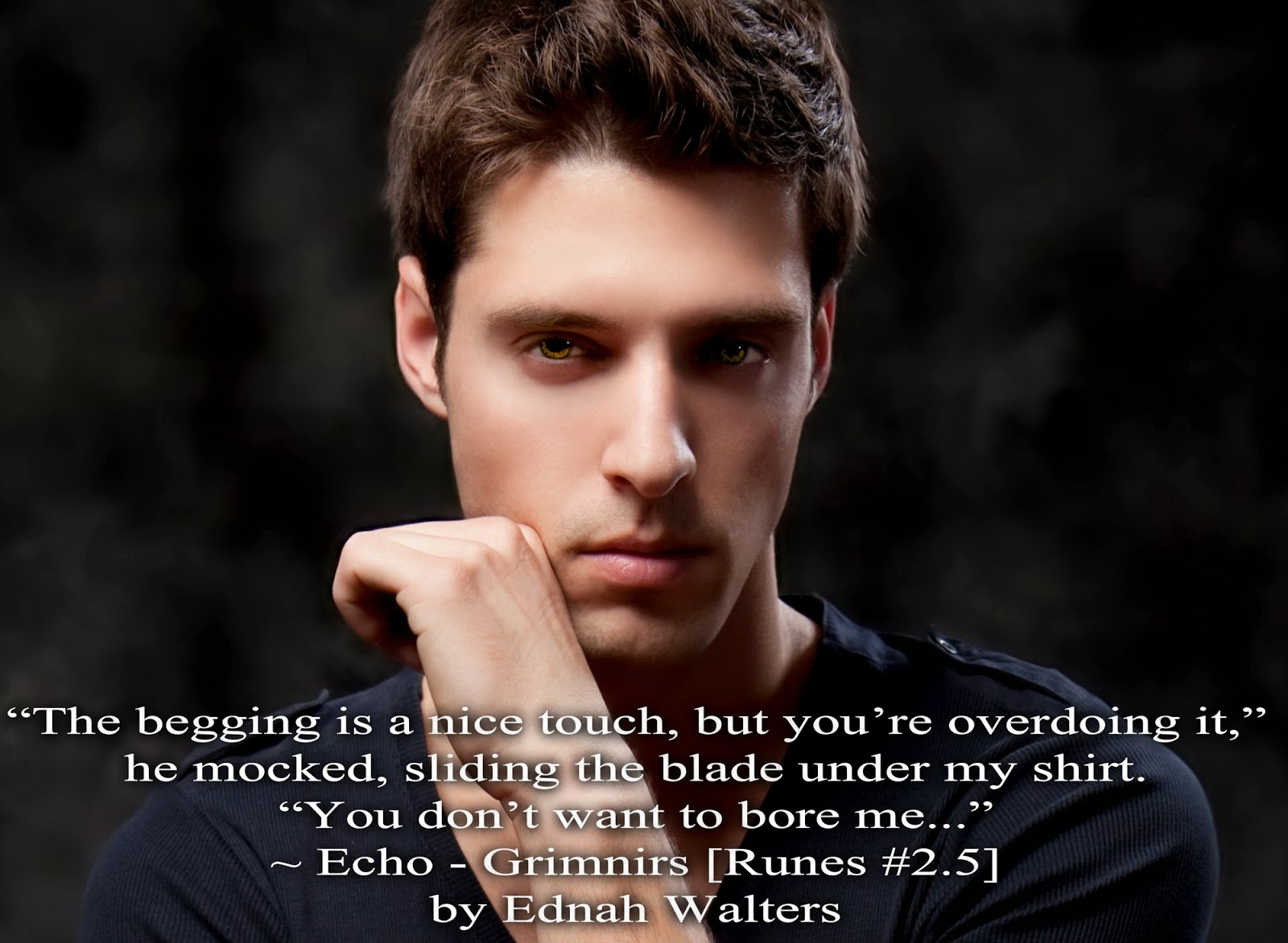 “If the Norns did a clean sweep, you don’t remember my name. It’s Echo. Don’t forget it, because you and I have a good thing going here, Cora. I’m coming back for you.”

“When it comes to you, nothing is a bother.” He stopped next to the full-length mirror on my closet door, his eyes not leaving me, his smirk in place. The surface of the mirror changed texture, growing grainy then cloudy just like the cloud I’d seen him conjure in the store. It churned and formed a tunnel to nowhere. Probably to hell.

Echo winked just as the door flew open and my father stood in the doorway with a worried expression.

Dad didn’t seem to hear him or see the portal on the mirror. “What’s going on, Cora? We heard you yell.” He glanced around as though checking for an intruder.

“I’m fine, Daddy.” I searched for an excuse and remembered the laptop. “I was online and, uh, kind of overreacted to something I read. I’ll keep it down.”

He frowned, his eyes on the laptop. “What was it about? You?”

“No-oo.” I laughed, though my voice sounded shaky. “It’s the stupid fashion trend. I have no idea who comes up with what’s in and what’s not.” I rolled my eyes and gave a fake shudder, then glanced at him from the corner of my eye. He was still frowning, obviously not buying my act. “Leather is big this fall, and I absolutely loathe the feel of leather on my skin, unless they are boots, which reminds me I have to go shopping. I need a new jacket and sweaters and, oh, pants. Several pairs.” Dad winced. Fashion wasn’t his thing. “You or Mom can drive me into town, since you won’t let me drive.”

“I, uh, your mom can take you.” He started to close the door. “Dinner will be ready in fifteen minutes. Come downstairs and help your mother set the table.”

“I’ll be down in a minute.” The door closed behind him, and I slowly exhaled.

I sat on the bed and stared at my reflection. What was going on? I jumped up and stripped. The birthmarks Echo had mentioned were still there. Either someone was playing a cruel joke on me or I’d entered an alternate reality where I was having an affair with an annoying, arrogant grim reaper.