Somebody once asked me where I get names for my characters and I laughed. The fact is I suck at naming characters. I know of authors, who come up with unusual names like Katnis, Phury, Rhage…and I envy them. How the heck do they do it? Dream them up? J. R. Wards, author of Black Dagger Brotherhood, said she kept hearing the name Wrath in her head as she wrote her first BDB book, or was it before, I don’t remember. Stephanie M had a dream about Twilight, did she hear the names too or just teh story? Unfortunately, my characters only talk to me about their stories, not their names. Those I have to find on my own and make sure it suits their personalities. On a good day, I check names on heat list of my kids’ swim meet. Lame, I know. On a bad day, I use the local phone book. Even lamer. My teenage daughters keep telling me to use online name generators. Maybe I will for my next series.
For the Guardian Legacy series, I did something different. Since my characters are part fallen angels and part humans, I used a blend of normal names and angelic names, mythological names and demonic ones. A lot of angelic names tend to end with –iel or –el, like, Amitiel, Karael, Bariel, Eramiel, Ophiel…
Any fans of the TV series Supernatural here? If you are, you know of Cass (Castiel), the angel helping the Winchester boys. 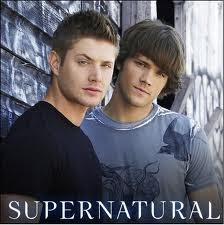 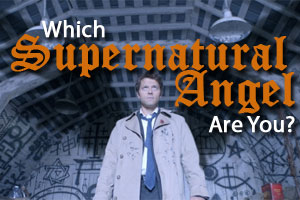 Angel Castiel
Lil, my MC, has a master trainer called Master Haziel, Bran’s father is Tariel and Izzy’s boyfriend is Rastiel. Demon names, on the other end, don’t have a pattern. So I make them up as I go, except Valafar. According to demonology, Valafar is a duke, commander of ten legions. Once I heard him go on and on in my head, his arrogance and contempt for humans so blatant, Valafar seemed like a perfect name for him.
Anyway, back to my main characters. Lil is short for Lilith, as in Lilith in most religious books, mythologies, and folklore. My favorite Lilith story is from Jewish folklore, which describes her as the first wife of Adam, created from the same clay. She refused to be subservient to him, left the Garden of Eden and refused to return after mating with archangel Samael. It seemed like the perfect name for a strong young lady, a conqueror, a leader.
Then there’s Bran the Blessed, son of the sea god Llyr in Celtic lore and grandson of Belenos, the Sun God. His name means Raven, and the raven was considered his symbol. How could I not name my character Bran when he has powers over water and the first time Lil saw him, he was hanging out with ravens. Sykes is Yorkshire, pretty normal, and Remy is short for Remus (named after Remus who founded Rome), and Ares, Lil’s grandfather, is named after the Greek God of War.
What unusual names in fiction have you seen?  Does it frustrate you when you can’t pronounce them? Do you need authors to explain how to pronounce them?
Posted by Unknown at 9:34 AM