My daughter spent several hours this afternoon creating the Guardian's six-sided star amulet.  I plan to use it on T-shirts, notebooks, all the good stuff when I start my contests.  The Guardians, who are bugging to write book 2, would rather I use a jadeite core, which is closer to what they wear (see the scar on the chest of my cover guy).  I say, boring.  I want a stone closer to emeralds, something that appears mysterious with a core that ebbs and flows.

So here's my dilemma, which amulet should I use?


This one with the jadeite core (more like the real thing but booooriiiing, looks like a sherrif's shield) 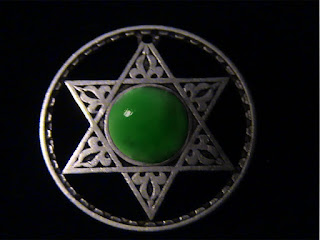 Or the one with the emerald-like core (interesting). 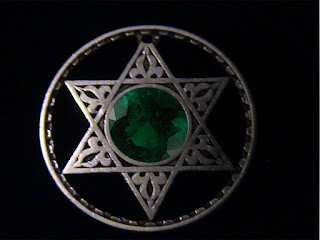