What are they saying about SOULS?

Eighteen-year-old Cora Jemison knows what it’s like to date a soul reaper. There are no Friday night movies, no school dances, and no stolen kisses between classes. It totally sucks! What makes it even worse, souls pop up when she least expects it. The last one is not her fault, but it all adds up to zero quality time with her super hot, scythe-carrying boyfriend, Echo.

Since Cora was etched with special runes by an evil Immortal, she understands why souls are drawn to her. She makes the best of it by helping souls find closure while Echo escorts them to the realm of the dead. Perfect partners, until a dark soul visits Cora in the dead of the night and Echo decides her soul-helping days are over.

Cora can either listen to Echo or follow her instincts. To make matters worse, other reapers start stalking her, demanding she hand over the soul. Even her Valkyrie friends think she’s gone too far. But something sinister is coming their way, and the soul is the key to saving her town, her friends, and her relationship with Echo. Can she convince Echo to see things her way before it’s too late?

Grimnirs series, featuring Cora and Echo, is a spinoff the Runes series and can also be read as part of the entire series in this order: 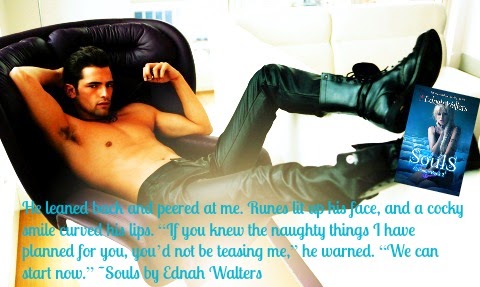 "The romance scenes between Cora and Echo are beyond incredible - they are so hot together in the bedroom. Echo is just such an amazing lover. In fact I cannot make up my mind about whom I love the most - Echo, Torin or Andris. I do actually hope we get a book about Andris too!"


"Oh the feels. I won't say when, if you haven't read this book, but there were a couple of scenes where it pulled on my heart strings and gave me a serious case of the feels where I had to stop reading for a bit and do something else. Hey I was at work and I refuse to cry because of a book at work; the guys would never let me live it down and I'd scare people away if they came to the window. So keep tissues handy."

"The witty banter, the fun and "real" interactions they have, the convincing high school feel (all while being surrounded by *a lot* of supernatural action), all made it a great addition to this series. Even after just finishing, I still want more of Cora and Echo. Give me a book about this feisty, sexy, fun couple any day of the week and I will read it in a heartbeat." 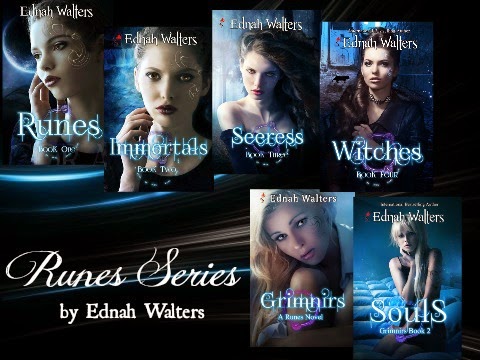 Email ThisBlogThis!Share to TwitterShare to FacebookShare to Pinterest
Labels: Souls