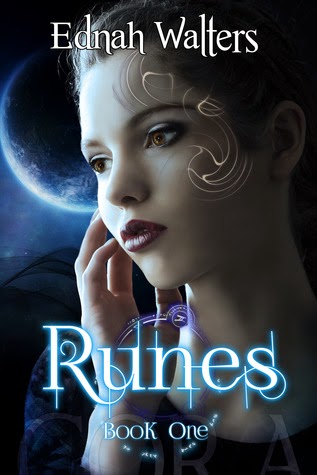 “St. James is throwing a swim party tomorrow at his place and they,” he nodded toward the corner where Maliina and Ingrid were charming mostly guys, “are throwing one, too. They have a pool; he doesn’t.” Eirik grinned. “Can’t wait to see how this plays out.”

From the large group of girls surrounding Torin, Maliina and Ingrid didn’t have a chance of luring more students to their party. Guys tended to go where the girls were. Andris was still missing since the fight with Torin, so he’d be no help. Where had the silver-haired Immortal disappeared to anyway?

My eyes met Torin’s, and my stomach contracted. His expression was hard to read. I hadn’t spoken to him since the closet fiasco, and I felt like crap. It was as though a part of me was missing. As though someone had carved a hole inside my chest and every day it expanded.

He, on the hand, seemed to be enjoying himself with Jess. They were inseparable. He didn’t attend any of my other classes except math, but she always walked him to class. I had tried to keep from staring at them, especially during lunch, but like someone compelled, I always did. Each time, I’d find him staring at me. Part of me longed for him, wished I was with him, while another part knew it was better this way. I only hoped the pain would lessen with time.

I didn’t see him at home either anymore, except for the purr of his Harley as he came and went. Every time, I wondered whether he was going to Jess’ place or if he had been with her. At least he hadn’t taken her to his place. That would kill me.

As if dealing with the two of them that wasn’t bad enough, there was Maliina. Every time I turned around, she was watching me, waiting. Sometimes I wanted to yell at her to do her worst. Maybe then Torin would come to my rescue and my self-imposed exile would end.