I'm pleased to introduce Bryan Cohen, the author of Ted Saves the World. He is kind enough to guest post on my blog and share with you his work and host a GIVEAWAY. Welcome Brayn. 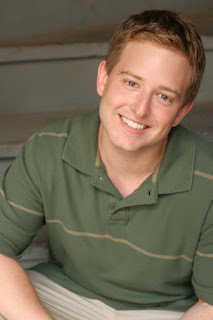 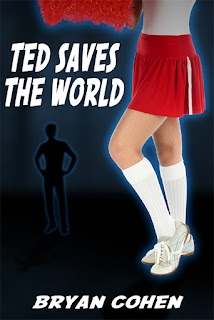 Throughout my life, I've seen a lot of entertainment trends come and go. When I was younger, dinosaurs and space were cool, so movies like The Land Before Time, Jurassic Park, Apollo 13, Armageddon, and Deep Impact came out fast and furiously. As I grew older, action adventure became a major wave with flicks like Bad Boys and The Mummy and books like The Da Vinci Code. Currently, the most popular cultural touchstone is objects of the supernatural like vampires, witches, and zombies.

I read an interesting article about Will Smith that said when he was starting his career, he and a movie producer sat down and charted out the most popular box office hits of all-time. He made many of his movie-starring choices based on movies resembling the highest-grossing pictures. Another article I read said that very popular self-published author Amanda Hocking often wrote about subjects that were popular like vampires and witches because they might reach a larger audience.

When writing the book Ted Saves the World, I used a different indicator to pick my subject matter. I decided to write about a fun idea I had about a nerdy superhero in the public eye and a bombshell guardian cheerleader inhabited with an ancient spirit. I don't know about you guys and gals, but that concept does not seem to be "trending" in the social media. It's a little bit strange, actually.


While I very much hope that the book becomes popular and that a lot of people read it, I didn't write the book as if it were part of a popularity contest. I didn't include a sexy six-packed vampire male or a doe-eyed heroine with an attraction to the wrong kind of werewolf. Those character archetypes are all well and good, but I am pleased as punch to try to bring something original to the table.

Am I trying to say that all of my ideas are original? Certainly not. I'm just saying that my intention when writing my Ted Saves the World was not to try to sell as many copies as possible. It was to entertain my readers with an enjoyable story and unique characters. If that leads to some sales here and there, I'll take what I can get. Who knows, maybe I can start the new trend. I better get my hair cut for the paparazzi.


Description of Ted Saves the World (Available for just $0.99):

A possessed cheerleader. A cursed gang of criminals. Mysterious telekinetic powers. An angry ex-girlfriend in gym class? One second, sophomore in high school Ted endures his first breakup in his favorite place in town. The next, a mysterious blue light turns him into a worldwide superhero sensation for taking down a posse of grisly murderers. As his views on YouTube increase and his friend Dhiraj tries to capitalize on the marketing potential, his dangers increase as well when a presumed-dead cheerleader begins taking a personal interest. Can Ted survive his first week as a superhero in the public eye? This novella is the first taste in a series of full-length novels about the adventures of Ted Finley and Erica LaPlante. The book is also available on Barnes & Noble and Smashwords for $0.99.


Giveaway:
Bryan Cohen is giving away four $25 Amazon gift cards, one for each week of his month long blog tour. To enter, simply comment with your e-mail address (feel free to substitute @ with (at) or other tricks to stop spammers from getting it). Bryan will draw the four names at the end of the tour, picking one entrant at random from each week’s set of blog posts. Entries will be counted through Monday, August 15th, 2011. Enter on as many sites as you want, follow the tour at Build Creative Writing Ideas. If Ted reaches the Top 100 on Amazon at any point during the tour, a fifth $25 card will be added to the giveaway.


Biography:
Bryan Cohen is a writer, actor and comedian from Dresher, Pennsylvania. He graduated from the University of North Carolina at Chapel Hill in 2005 with degrees in English and Dramatic Art and a minor in Creative Writing. He has written seven books including 1,000 Creative Writing Prompts: Ideas for Blogs, Scripts, Stories and More. Contact Bryan through his Ted Saves the World blog, his Build Creative Writing Ideas site or Twitter.
Posted by Unknown at 8:10 PM