Blog Hop | By the Fire Light with Chase Fitzgerald @EB_Walters 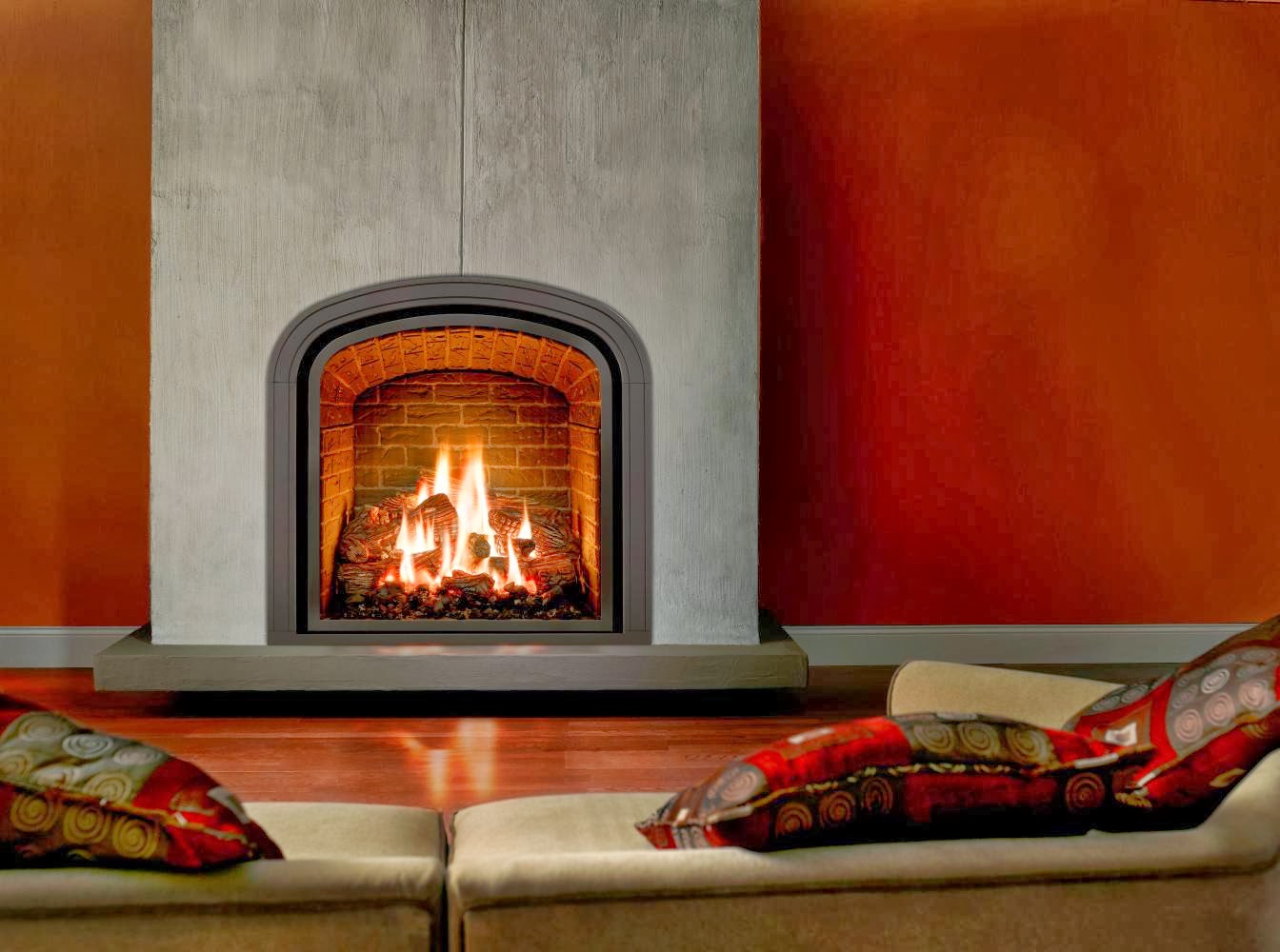 By the Fire Light with Chase Fitzgerald


Nikki leaned back and exhaled. The sun was setting over the Pacific Ocean, painting the sky with palettes of orange. The view was amazing, but then again, her husband never did anything that wasn’t spectacular. She reached down and rubbed her stomach, a smiling tugging her mouth. Being married to Chase Fitzgerald has been a thrill of a lifetime.

The sliding door behind her opened and she smiled before his warm lips pressed on her shoulder. “You look stunning, my lady in red,” Chase whispered.

Nikki turned her head and smiled up at him. Two years after saying “I do” on their ranch in Montana and he still took her breath away. Still had the power to reduce her to a drooling mass of needs and wants. He was dressed for the occasion too. His shoulders seemed broader, his body harder, and his sexy smile still promised all sorts of decadence.

“You cleaned up pretty well too, Rancher Fitzgerald.” She captured his lips in a long kiss, the taste of him going straight to her head.

“Quit messing with my head, woman. I have laid out a plan for this evening and we’re following it to the letter. You will not distract me.” He offered her a chocolate-covered strawberry. “My special recipe.”

Nikki grinned. “Oh, your sons and I have been craving these.”

“Don’t you mean my daughters?” Chase knelt by her seat and pressed a kiss on her swollen stomach, gently stroking it.

They’d flown to L.A. to see her gynecologist, but the three-day visit had turned into a week. Every Fitzgerald had insisted they visit them. Tomorrow was a huge family picnic right here at the family estate in Palos Verdes. The Fitzgerald picnics were usually fun, but when you are six months pregnant with twins, crowds got on your nerves fast. At least tonight they had the house to themselves.

“Hey! One of them kicked me,” Chase said.

Nikki laughed. “They probably heard your voice and are saying hello. Boys, behave,” she added, patting her stomach. She didn’t think she could ever be this happy or feel so cherished.

Chase chuckled and proceeded to have a one-sided conversation with their unborn children. “Your Mommy insists you are boys and since she’s never wrong and today is such a special day, I’ll give in. I love you, you little rascals, but we need to come to an understanding before you are born. I saw her first. She’s mine. She can love you, spoil you, or think you can never do wrong, but she’ll always be mine. My first. My last. My everything. One day, if you’re lucky, you might find yourself a gem like her. Now behave for the rest of the evening because tonight is our night. Hers and mine.” He stood. “Come, sweetheart.” He helped Nikki to her feet and led into the house.

Soft jazz greeted her when she stepped inside. In the middle of the bedroom was a table set for two. Dome-shaped lids covered serving plates on two serving carts were on either sides of the table. A bottle of lemon-raspberry fizz sat in a cooler. Two candles flickered on either side of a single rose sitting majestically at the center of the table. This was beyond beautiful.

She heard crackling and turned her head to look. He’d started a fire. A real fire with logs. Warmth drifted from the fireplace, chasing away the spring coolness in the air. But the best part, he’d pulled down the mattress and placed it in front of the fire. She loved making love to him in front of the fire back at home.

“You haven’t seen anything yet,” he said, pulling out a chair for her. He planted another kiss on her shoulder before lifting lid after lid and showing her the Valentine’s Day meal he’d prepared for her.

“For appetizer, we have clam oreganata and fried oysters. There’s crouton salad. Side dishes are spinach and mushroom ravioli and truffled mashed potatoes. For the main dish, I thought you’d like something different, crispy rack of lamb with honey and mascarpone. And to finish it, chocolate-raspberry mascarpone bars.”

He’d out done himself. “You are priceless, Chase Fitzgerald.”

“I know.” He flashed his famous sexy smile, then he grew series. He poured the lemon-raspberry fizz in chutes and offered her one. “Here is to you, my love. My safe harbor in a storm. My anchor. Every day I look at you and breathe easier because you chose me to be your husband and agreed to become my wife, my love, the mother of my children. I love you, Nikki Fitzgerald.”

Tears rushed to her eyes. She cried so easily these days. First time it happened, Chase had panicked that he’d hurt her feelings. Turned out pregnancy was playing havoc with her emotions.

She reached out and took his hand and started talking. Chase heard her vows of love and devotion, but it wasn’t her words that had him swallowing and fighting tears of his own. It was the look in her eyes and what they said: she adored him, needed him, and wanted him.

Dinner was great, but he was completely focused on her. Her eyes sparkled underneath thick lashes. Her skin glowed in the flickering light of the candles and the fire behind her created an aura around her, giving her a shimmering incandescence. His fascination with her lips had never waned. She had the sexiest, luscious lips God had ever given a woman. He was madly in love with this breathtaking woman and it never failed to humble him that she felt the same.

“Dance with me,” Chase requested huskily when they were done eating.

“But this…” she patted her stomach.

“Can’t stop me.” He wrapped his arms around her and brought her back to his font. When he crossed his hands over her stomach, she covered them with hers, interlacing their fingers. They swayed gently.

He wanted her and was sure she could feel his erection pressing against her butt. He dropped his head to nuzzle her neck and a tremor shot through her and her breathing changed. Her response to his touch never failed to amaze him. He planned to make love to her slowly and thoroughly. For now, he was content with the foreplay.

She wiggled out of his arms and faced him. The look in her eyes told him foreplay was over. She pushed aside the spaghetti straps of her dress and the red dress floated to her feet. She kicked it out of the way. His eyes crossed. She looked glorious, the flickering fire covering her lush body in a blush of gold.

Wearing nothing but heels, which he still thought pregnant women shouldn’t wear, and a come-hither smile, Nikki planted a hand on her hip and purred, “Happy Valentine’s Day, my husband.”

Damn, she’d just hijacked his plans. Chase stripped in record time, then closed the gap between them and scooped her up. “Happy Valentine’s Day, wife.” 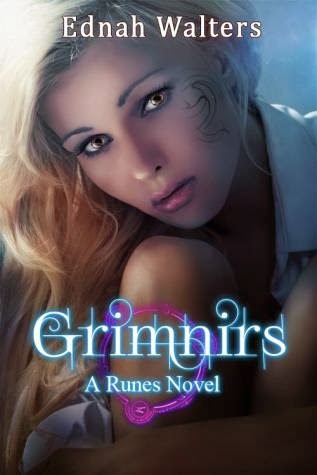 Straight out of the psych ward, Cora just wants her life to be normal. She doesn’t want to see souls or the reapers collecting them. The guy she’s loved from a distance for years moves away without saying goodbye. So yes, she’s nursing a serious heartbreak. It’s no wonder love is the last thing on her mind when Echo storms into her life.

The chemistry between them is mind-blowing.The connection defies logic. Even better, the souls leave her alone when he is around.

Too bad Echo is the poster boy for everything she hates in a guy—hot, beautiful,and cocky. He is also a soul reaper. A Grimnir.

The very beings she wants out of her life. Maybe normal is overrated because Cora wants it all. Answers. Love. A life. 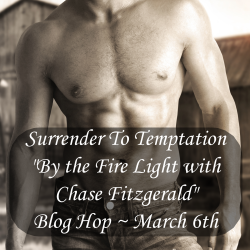 Email ThisBlogThis!Share to TwitterShare to FacebookShare to Pinterest
Labels: As You Wish Tours, blog hop, Giveaways